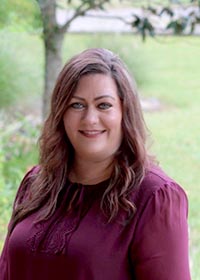 Kristina Walker Hightower, RN, BSN, completed her Bachelor of Science in Nursing at Northwestern State University in August of 2014. Kristina began her career in the medical field in 1999, holding various positions such as accounts payable and human resources, office manager and x-ray technician, and worked as a registered nurse at Rapides Regional Medical Center before starting her journey with Heart of Hospice. She joined the Heart of Hospice – Central Louisiana team in October of 2016 as a Registered Nurse Case Manager and, after a few months, became a Registered Nurse mentor. In 2017, she was promoted to Patient Care Manager and then Director of Patient Care. In February of 2019 she became Administrator for the Central Louisiana. Finally, in March of 2020, Kristina was promoted to Senior Administrator over the Monroe and Alexandria agencies.  Kristina is a strong leader dedicated to taking her agency to the next level.